“The earth is flat.” you say, and they look at you with a blank stare.

It only takes a moment but you can feel it coming.

And then the adventure begins...

People around you might not understand what you are getting at when you tell them the earth is flat. 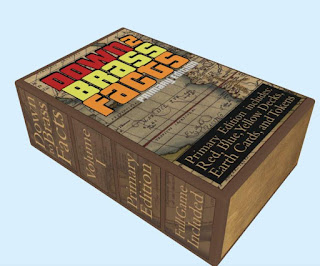 Not everyone understands it the first time.

With Down To Brass Facts, you can help with the transition.

This game is an evangelism tool.

This game is a library of knowledge.

This game is a device structured to envelop all parts of the brain to drive home information, facts, and logic about the largest lie of the last 500 years.

Down To Brass Facts not only challenges the mind of the average person with game mechanics such as Strategy, Logistics, and Tactics… The game feeds information to the players, almost by osmosis.

I made this game because of two problems:

1) The earth is flat and we know it and want our friends to know it.

2) Finding ways to introduce flat earth to friends can be tricky.

So I created two solutions:

1) We need to get our friends to open their minds to the concept.

2) We need to engage our friends' minds in a fun way that they won't resent.

I was laying in bed one day after moving to Savannah, Georgia. Here we are, my wife and I trying to sell our house in Lafayette, Indiana with no cash immediately... But I really can't get a J-O-B because I'm going to be buying a house down here and renovating it in a month, so what do I put on my application: "I will quit soon but hire me anyway."?

So then I was all like: "Well, dang. I'll just write another book. I like that. But my soul was really impatient with the idea ever since the publication of my last two Flat Earth books: "My Flat Earth" and "Biblical Cosmology". Shucks… I felt compelled to find more ideas on how to preach flat earth.

In my second Flat Earth book, "My Flat Earth", at the end, I had included a section on team building games that involved the flat earth, but they were for groups and children...

Coincidentally, I had just watched “The Queen’s Gambit” on Netflix. It’s about a girl who is gifted at chess. I remember playing my dad as a kid and he would slaughter me every game. He loves strategy games and taught me a lot through them.

He's a geologist and laughs at me when I tell him things like "The earth is enclosed" or "The earth is 6000 years old" or "Oil is a renewable resource" or even: "Dinosaur bones are actually Nephilim bones."

Right… And I’m the crazy one.

But he's a chess wizard. Though never a chess champion, he's still a strategist at heart. Maybe I should write a game that he would like. Yeah. Write a game for my dad about the Flat Earth! Splendid idea!

So I hopped out of bed and started writing.

Today, I've built a "Flat Earth Game" that I think he would play. He might laugh all the while when he is playing it, but I'm using his left brain to play the game while the right side of the brain reads the flat earth proofs and leaks over.

My scientist father will become a flat earther some day... Well... We all know we are all flat earthers, but I NEED my dad to acknowledge it.

It doesn't help that my grandfather, a Seismology Engineer, trained his sons to believe what their college professors told them, and not to do any of the research themselves. Even though my Grandfather knew the moon landing was filmed in a desert on earth, he still believed in a Heliocentric cosmos. Science runs in the family: My dad is a Petroleum Geologist, and his older brother (my uncle), is an Astrophysicist.

But what DOES help is that my dad had me memorize Psalms 1 when I was a child, which says: "And I will meditate on His Word, day and night." And I sure try to, And the more I read it, the more I understand that The Bible is a flat earth book from cover to cover.

So I made a Flat Earth card game.

GAME DESIGN!!! What a weird world!!! I've done some research on the subject. Basically if I send a game to someone like Parker Brothers unsolicited; they will throw the game in the trash. I want them to buy it so it can have the distribution it deserves.

How do I do that?

By using a small publisher. Then you show a large publisher your sales and numbers, then you ask them to buy it.

When a board game of Monopoly is made, it's price is around $20 or less. They sell for $40 and someone is making loads of cash. That's not my immediate goal because I have a very niche market. You're the market.

But it’s a little higher than $40 initially. I’ve actually split the game up into smaller versions. The first version had seven colors and many additional items, and the price was over $100.

The versions I’m working on now are much more affordable to the general public.

When it comes in the mail, we get to have all the fun.

Down to Brass Facts is the product. We buy it (I've bought one obviously) and play it with our friends. We focus on the game and let them ask the questions. We do it on Saturday night, we provide food and drinks and let the game do the talking.

And if the game is met with scorn and derision... So be it. You can blame me.

But Is it worth it?

In two weeks when the friend you had over to play the game calls you asking about the 6 different shadows from the moon landing, and how that's possible with only one light source... How big will you smile?

How happy would that make you?

And when they invite themselves over that night to play the game again, or to watch a video or borrow a book on the subject... How happy will that make you?

THEY ARE WHY I MADE THE GAME.

They are the mission field.

How happy would you be if your spouse found the game and started playing it. One night, as the house has quieted down, they ask simply: "But why does the horizon rise when you go above sea level?" And you smile gently, give them a kiss, and tell them: "Because your eyes are being opened."

So here's my sales pitch:

I ain't Parker Brothers. I ain't rich, and I don't mean to be rich soon... And if I do, it will be through my own merit and not from anyone else's pocket-book. But single print games that are independent are run from small shops who cater to small sales... So the price is higher than the normal board game.

But is it worth it?

The game is for sale today.

I will also be developing the websites to host more information as time goes on.

Below area the links to read My Flat Earth for free

Posted by Pauly Hart at 6:34 AM No comments:

Should be around 35:44 where they talk about the review of the new book.

Whoops. I guess you have to go here. https://youtu.be/gn7TqgKPPgc

Posted by Pauly Hart at 3:05 PM No comments:

Wrapping it all up for the book release

The Internet Version (Parts 1-4) is live for viewing and download. Part 5 will be online by itself at the Genesis 1 Games site for the time being. It has been a journey! Wow! I can say since this is my first big collaboration that it has been a learning experience! I have lots of room to grow I guess, but I'm learning! Let me say that none of this would have been possible without the crack-shot superstars that I had on hand!

Thanks to all my wonderful writers who made this dream a reality! I could sing your praises for a long time, but here's a quick note to keep you encouraged!

Thomas - Bro! You're so humble it's awesome! I wish you well on this journey!

Brengle - You make me smile man! I want to see you translate this thing into your people's tongue!

Jessica - You're a mom supreme! Your testimony is awesome and speaks wonders to your witness!

Mark - You're such a great guy to know! I love you man. I hope life gives you more blessings daily!

Adam - What a unique and caring soul! You remind me of the Apostle John with your purity!

Mallory - You make me laugh so much! You're a trooper! Never give up! Never surrender!

Gary - You're a humble warrior sir! I am honored to know such a righteous guy as yourself!

Kan - Wow you amaze me every day! I wish I had your talents! God is going to bless you!

Brad - I wish I could be there for a bro hug! I love you buddy. You're brave! Be braver still!

Chris - Ha! You're a funny guy and you stay strong man! Don't give in! Give it all to HIM!

Dani'al - It is a joy and a blessing to know you! I am humbled and honored that you're my friend!

Jamison - Wow, you hold back but when you shoot, it's like a sniper! Always a clean shot! Love it!

Ryan - Bro, your leadership is par none. God is going to continue to use you in bigger things! Be ready!

Travis - A man of God! You're one of the sharpest tools in the shed! Ravenous for the Word!

Michael - Preach the Word! I could sit and take notes on your stuff! Great things are ahead!

Todd - Bold as a lion! Never giving up and crushing the enemy where he might be found! Go for it!
Posted by Pauly Hart at 1:31 PM 1 comment:

The Book is live online 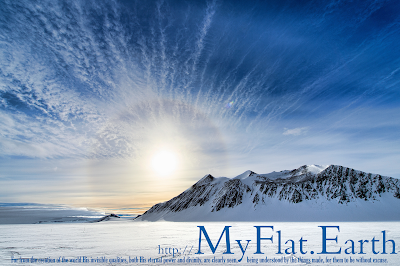 Hey guys, right now we are almost at the full release of the book! Parts 2,3,4, and 5 are ready and fully operational. You can view them, or download them today! Spread the word! MyFlat.Earth book is almost fully released!
Posted by Pauly Hart at 2:13 PM No comments: 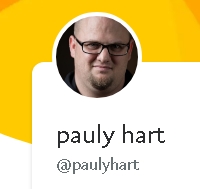 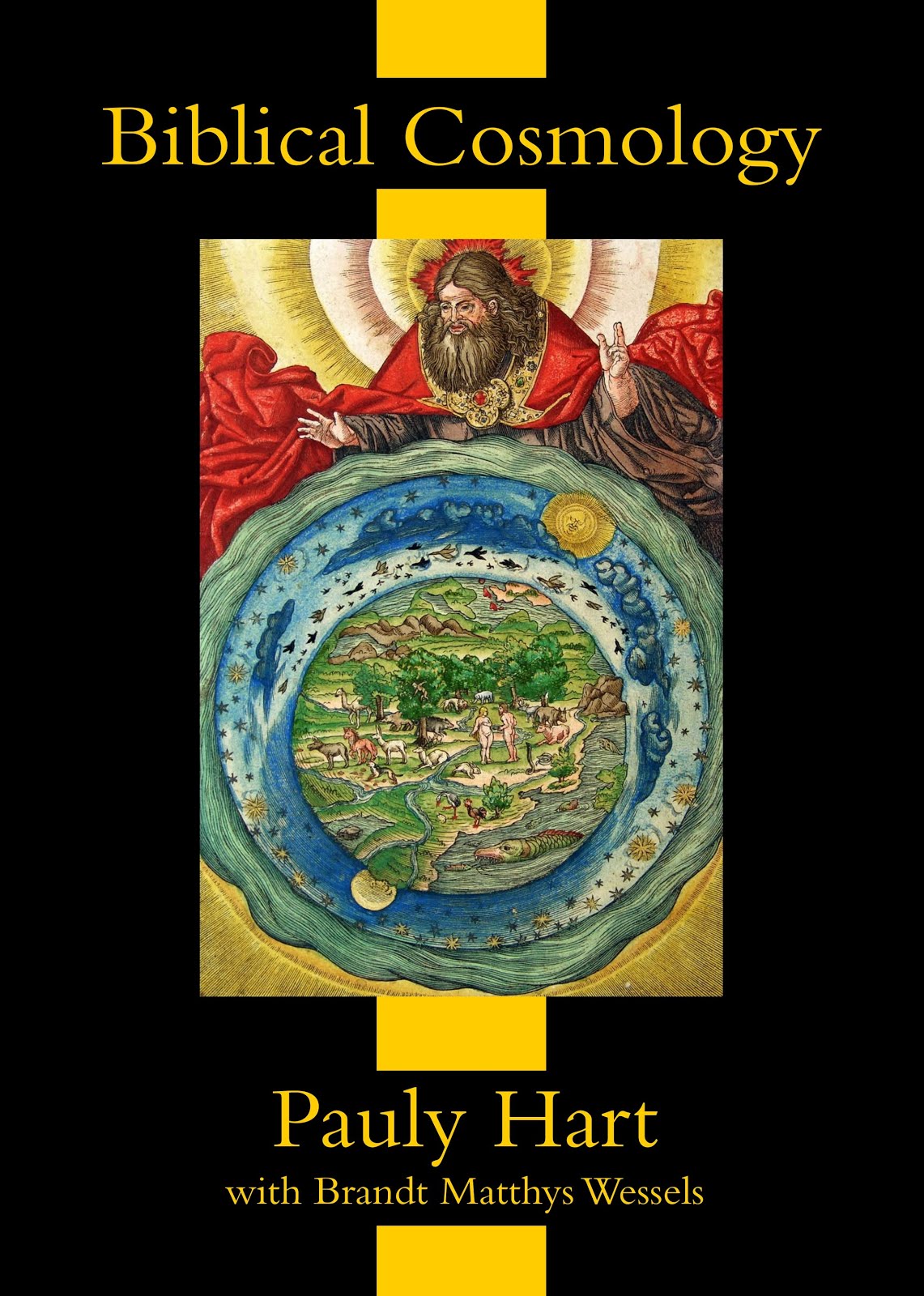 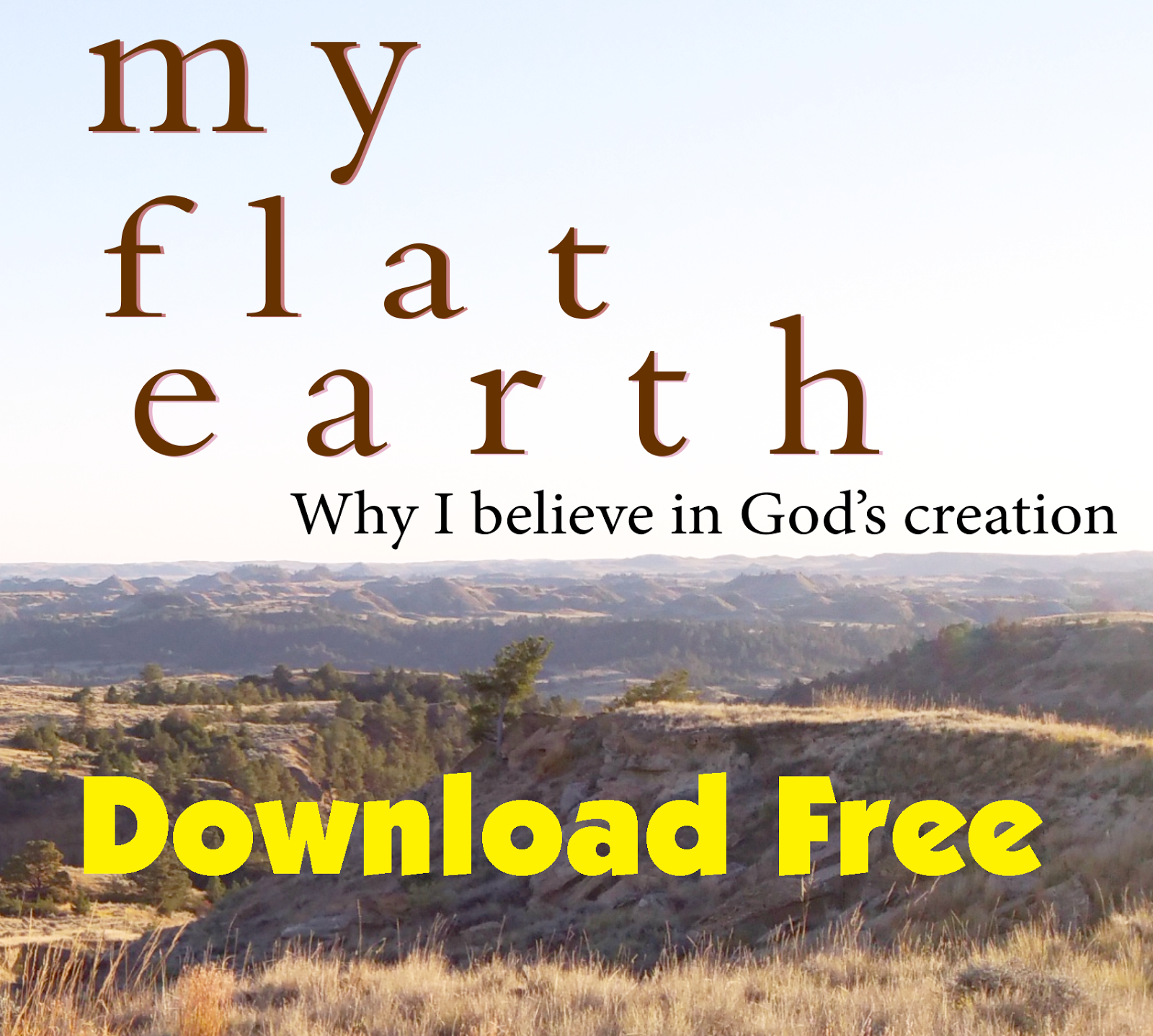 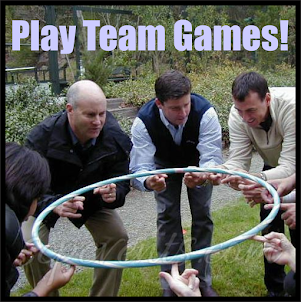 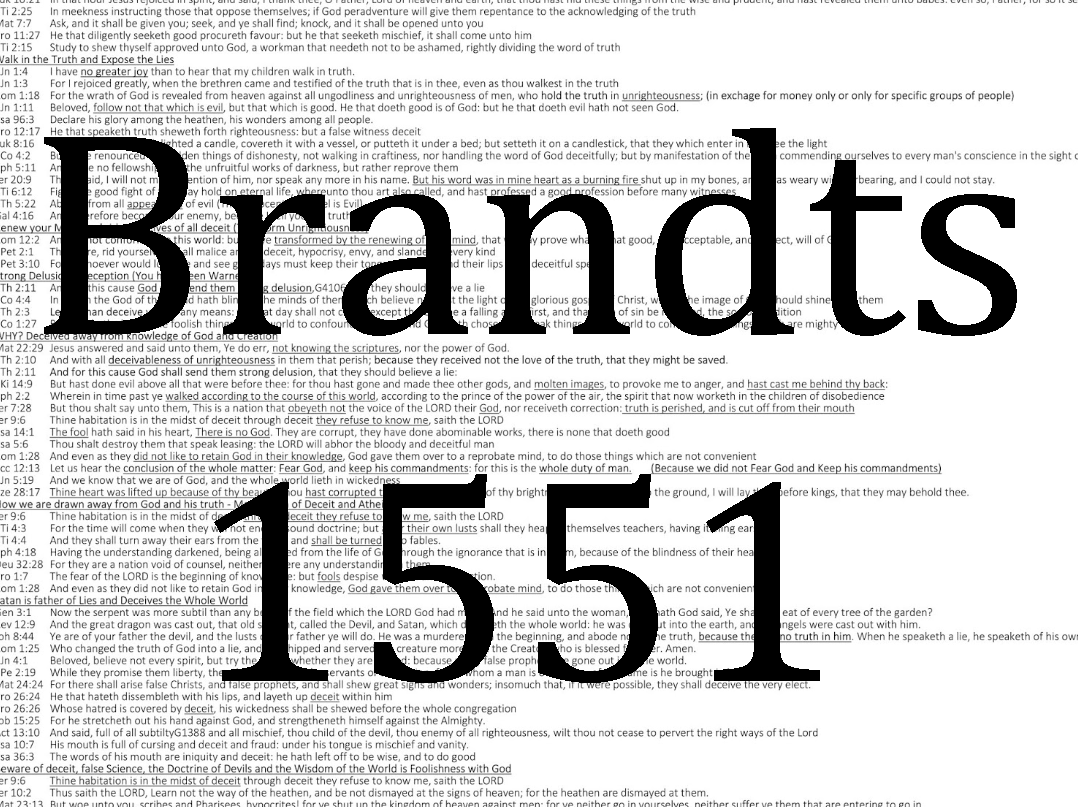 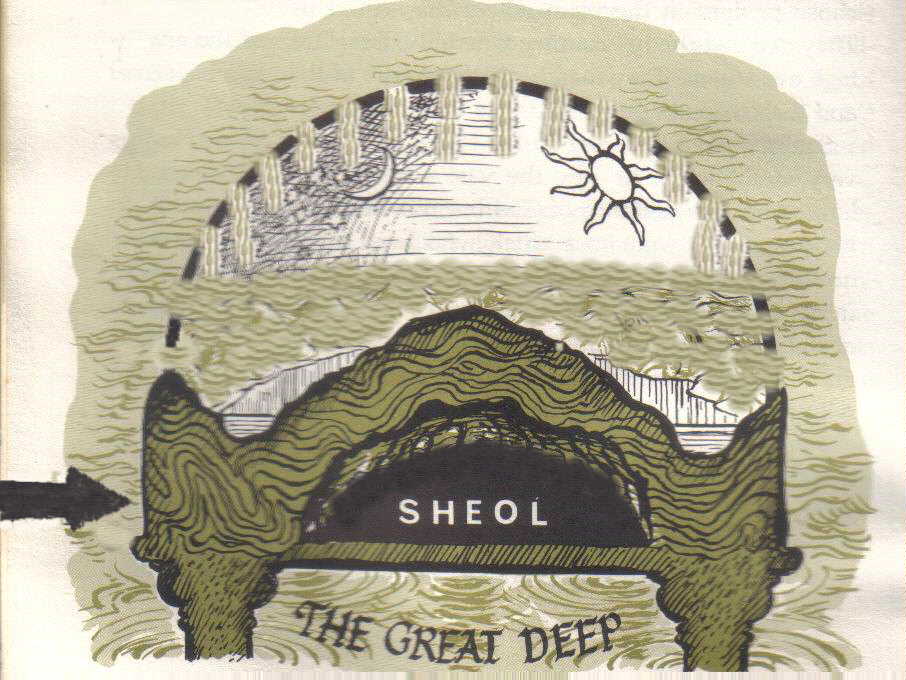 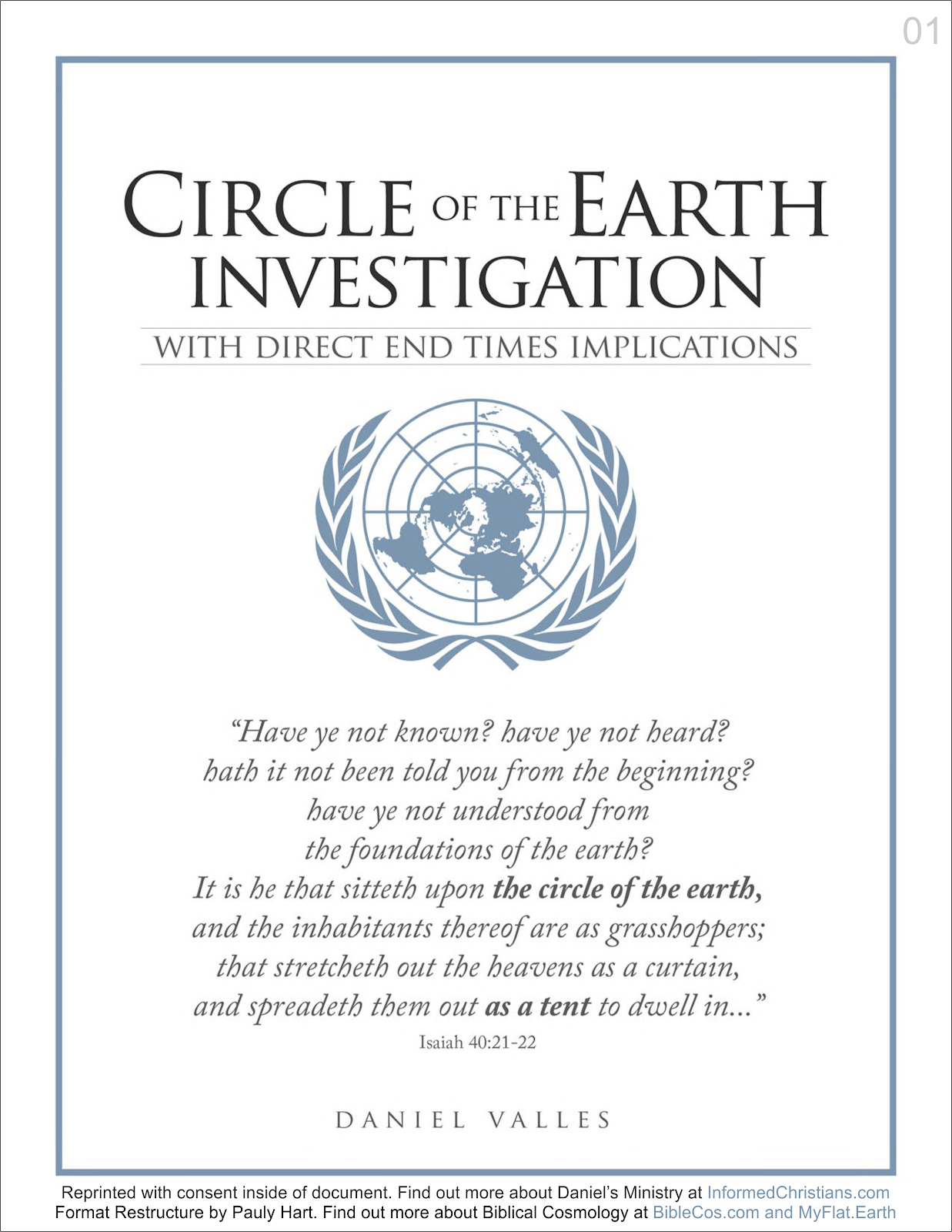 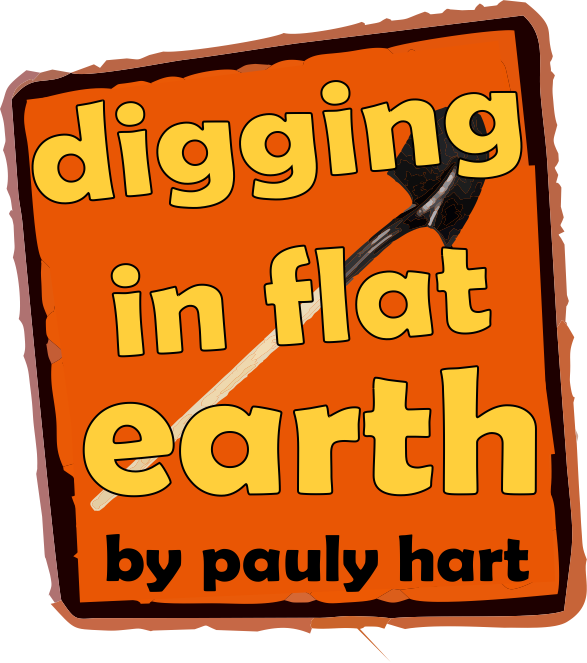 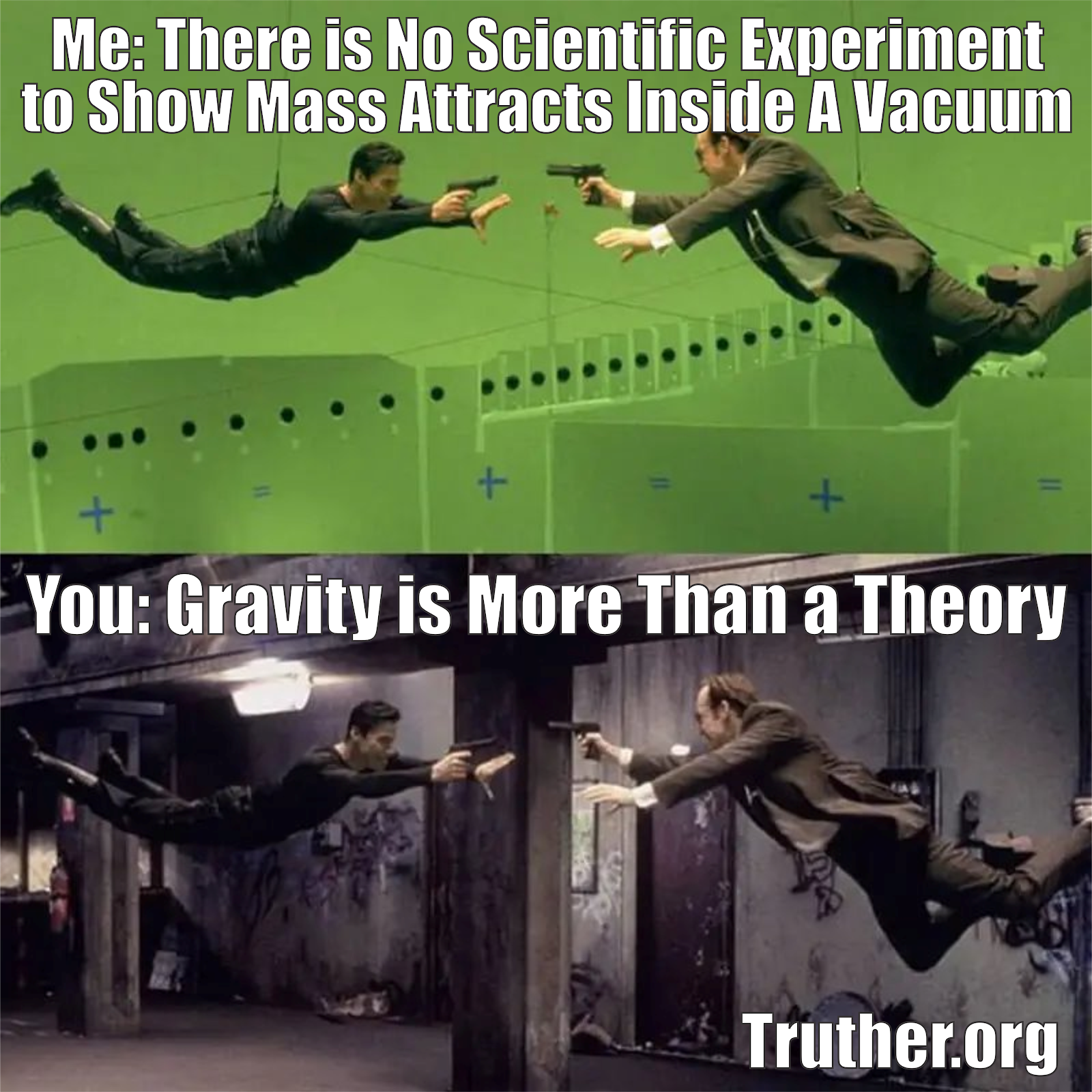 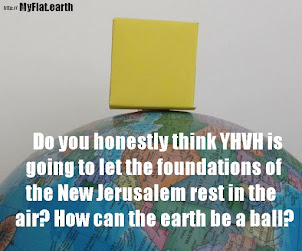 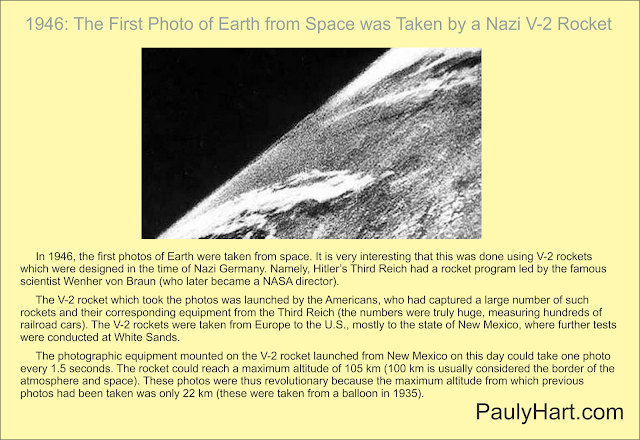 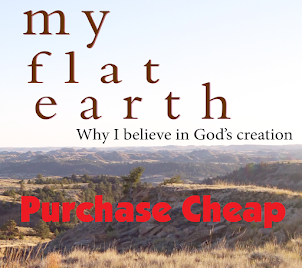 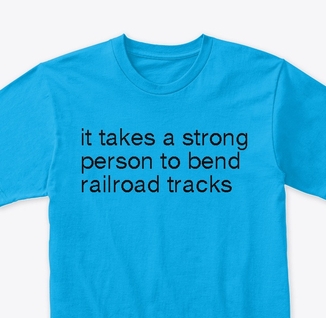 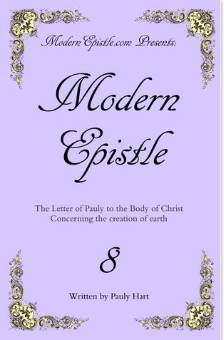 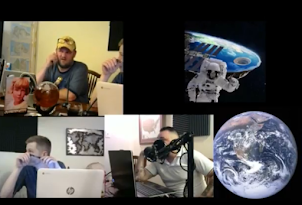 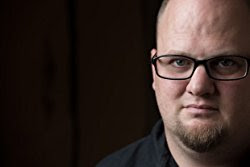